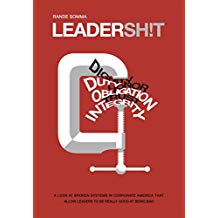 Car companies are hard to trust.
I have had bad experiences with planned obsolescence, failures due to poor design, dealer behaviors, and paying for repairs covered under “secret warranties”. While I have never owned a Volkswagen, the top-down conspiracy to cheat at the emissions controls demonstrated that the company has had an ingrained culture of deceit that is, to me, unconscionable. And VW is not the only emissions-scamming car company. Fiat, Renault, VW scams will hasten rise of electric car
I currently own a Nissan quest Minivan, and scrupulously avoid the dealer for repairs because of upsells and ludicrously expensive parts. (I just replaced a solenoid, it cost me $15 and 20 minutes of my labor. I was quoted $340). I put in powerstop high-performance brakes because the vehicle is seriously under-braked, most noticeably with a few passengers aboard.
I used to have a Ford van, “Betsy”, which was killed by a Ford Dealer. After a recall repair, I let the dealer change the oil. The highly trained mechanic stripped the oil plug bolt, and put in the wrong size rubber stopper. Most of the oil leaked out in a few hours, and I had to get the right stopper, ruined a blanket with oil so I could get under the truck, add more oil, and pray it was not beyond repair. The dealer was apologetic and told me it was an “old truck”, and tried to sell me a new one. I had to sell Betsy a week later, with an engine rattling on 30 weight oil. I still own Ford Stock, but am not happy with the recalls that just bring you back to the dealer, and the dealers who feel the only way to fix a car is with a new one. This is not unique to Ford, and is a reason why Tesla is not sold through a dealer network. Not all dealers are unscrupulous, look at this example: Calif. dealer won’t sell some Priuses, citing safety concerns – CBS News – I would bring my car to that dealer.
LEADERSH!T: A Look at the Broken Leadership System in Corporate America That Accepts Leaders Who are Really Good at Being Bad – From Amazon Books.
There are big picture issues here too – Look at Automakers Turn to Climate Deniers in Quest to Lower Fuel Economy Regulations ! The Alliance of Automobile manufacturers is working to roll back mileage and emissions standards. Collectively. I find this as reprehensible as when the CEO’s of the auto industry took their corporate jets to Washington when they were begging congress for financial bailouts. Big Three auto CEOs flew private jets to ask for taxpayer money – CNN.
I have been a despairing consumer of automobiles all my life, and find it hard to trust car manufacturers who appear to have corrupt and unethical practices “hard-wired”into their business model, just to milk more profit off of us consumers, while trying to build “brand loyalty”.
The most promising car manufacturer, in my opinion, is Tesla – a newcomer on the market with a well made product and transparency into the company that we normally do not see in large manufacturers. I am hoping my Nissan can be kept going until I can get a model 3! (Disclaimer: I own Tesla stock). Time will tell with Tesla. But the rest of the Auto Manufacturers? Let’s wait and see.
Focus On: 60 Most Popular Corporate Scandals: Wells Fargo, Enron, Sinking of MV Sewol, Madoff investment Scandal, Volkswagen emissions Scandal, Avon Products, and more, From Amazon Books
Here are some of worst car scandals in history – Fortune
General Motors ignition switch recalls – Wikipedia (10 year story on how not to run your company)
Edit: Take a look at these two pieces on Tesla, highlighting the difficulty in disrupting the current practices in the automobile industry:
How “corrupt” is Tesla? – Quora answers, (I especially enjoyed the one by Kathiravan Jayachandiran)
The War on Tesla, Musk, and the Fight for the Future – Daily Kos
Being a “car guy” most of my life, I have a lot of optimism that these problems can be replaced with good management and customer focused production.  Thank you for taking the time to read this, and feel free to share your thoughts.
Mary Barra, CEO of General Motors  Link is to her Wikipedia page.
In my opinion, she is working hard for responsible and positive change at GM.

Tesla Motors: How Elon Musk and Company Made Electric Cars Cool, and Remade the Automotive and Energy Industries – From Amazon books

And before you put down your hard-earned money on that sweet ride: